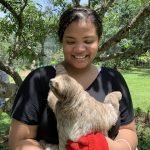 By Kathleen Wong, UC Natural Reserve System Three University of California undergraduates will be conducting their own full-time field research projects this summer as part of the UC Natural Reserve System’s Field Science Fellowship. This year’s fellows will get first-hand glimpses of what it’s like to be a field scientist while studying vegetation succession, lizard […] 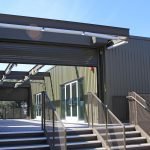 This story is part of NRS reserves transformed by Proposition 84 funds, a series describing the facilities improvements and expansions at NRS reserves supported by Proposition 84 bond funds. By Kathleen Wong, UC Natural Reserve System The threat of wildfire is an unsettling reality across southern California. In the Los Angeles Basin, Santa Ana winds […] 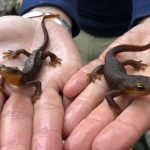 By David Colgan, UC Los Angeles Just three years after one of the most severe droughts ever recorded in California, the driest February in 150 years has spurred discussion of whether we’re in another drought — or if the last one even ended.  That’s bad news for the California newt, Taricha torosa, and other newts in […] 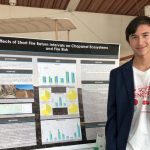 by David Colgan, Institute of the Environment and Sustainability, UC Los Angeles Like many high schoolers, Tai Michaels has plenty of hobbies. He runs cross country. He’s on the speech and debate team. He struggles with Spanish class at times. His favorite band is The Killers. He’s also doing scientific research to protect Southern California […]

The Value of Natural Reserves and Field Stations In 1831, a young British naturalist by the name of Charles Darwin sailed to the New World on the research vessel HMS Beagle. Along the way, the ship put in at both mainland South America and the Galápagos Islands, landforms separated by over 1,000 kilometers of open […]

Students cherish them. Their colleagues admire them. Former students remember them as being a major influence in their lives. And now the UCLA Academic Senate is honoring them with UCLA’s highest teaching prize. Among the 2011 winners: Phil Rundel, Distinguished Professor of Ecology and Evolutionary Biology and Director of the UCLA Natural Reserves. Former students […]