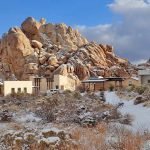 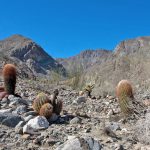 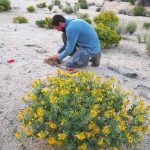 by Vanessa Handley, Director of Collections and Research, UC Botanical Garden at Berkeley Excerpted from the Fall 2017 edition of the UC Berkeley Botanical Garden Newsletter In April 2017, a team from the Garden traveled to the east Mojave Desert for a productive stint of field work. Our base was the Sweeney Granite Mountains Desert […]

The UC Natural Reserve System welcomes a new member to its family. This spring, the NRS entered into a sister reserve relationship with the Gobabeb Research and Training Centre in Namibia. The five-year arrangement aims to foster cooperative research into climate change and the ecosystems of arid lands in California and southern Africa. A network […]