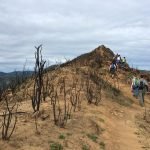 by Kat Kerlin, UC Davis When hikers returned to Stebbins Cold Canyon Reserve in 2016, a year after a wildfire swept through its expanse of oak trees and chaparral in Northern California, half of them expected to see a devastated landscape. But surveys conducted before and after hikes at the UC Natural Reserve System site reveal that […] 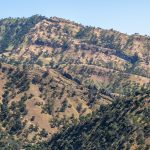 by Kat Kerlin, UC Davis Nearly one year after the Wragg Fire burned UC Davis’ Stebbins Cold Canyon Natural Reserve and forced its closure, the reserve has reopened to the public.  When the Wragg Fire ignited on July 22, 2015, the 638-acre reserve was first in its path. It ripped through the reserve, burning cottonwoods, thick […]

Northern California has a brand-new national monument. On Friday, July 10, President Barack Obama signed a proclamation establishing Berryessa Snow Mountain National Monument on more than 330,000 acres of federal lands north and west of Sacramento. The monument extends across a 100-mile stretch ranging from Lake, Glenn, and Mendocino counties in the north to Yolo, […]

The inaugural 2011 Mediterranean Reserve Managers International Cooperative Fellowships have been awarded to two scientists with extensive experience working in Mediterranean-type regions. Both proposals seek to improve the flow of knowledge and the establishment of cooperative projects in regions facing similar conservation problems. Jeffrey Clary is a reserve manager at Quail Ridge, Stebbins Cold Canyon, […]