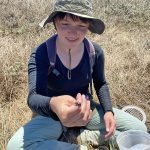 by Kathleen Wong, UC Natural Reserve System For the undertakers of the insect world, death must precede the arrival of a new generation. Burying beetles of the genus Nicrophorus need a carcass on which to lay their eggs and feed their larvae. The hitch in this plan: the fact that dead bodies tend to be […] 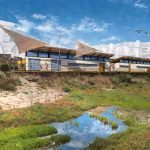 By Mario Aguilera, UC San Diego San Diego holds a living piece of the natural abundance of marshland that once served as its waterfront… and could be again. Only a fraction of wild marsh remains of the thousands of acres of wetland habitat that naturally thrived across a swath of Mission Bay less than a […] 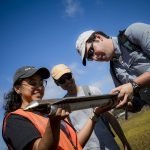 By Michelle Franklin, UC San Diego Kendall-Frost Mission Bay Marsh Reserve has received an $85,000 grant from Honda to create an integrated research and public engagement program centered on bringing Native American perspectives and cutting-edge science into the management and access decisions needed to ensure the marsh’s survival as a community asset. Part of the […] 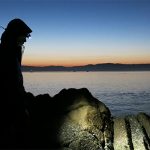 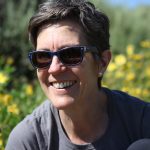 For years, the headquarters of the NRS’s Kendall-Frost Mission Bay Marsh Reserve has been a humble, utilitarian trailer.  Painted a bland industrial white, the trailer all but disappeared among the condos that line Pacific Beach Drive. But camouflage is no longer the order of the day. A vibrant mural painted on the trailer this spring […]

Six artists-in-residence will be working at the UC Natural Reserve System this summer thanks to the 2014 Arts2NRS program. Offered for the first time this year by the NRS and the UC Institute for Research in the Arts (UCIRA), the program supports selected UC-affiliated artists working at some of the NRS’s 39 reserves. The Arts2NRS call […]