Situated between what were once the two largest Chumash villages in the Santa Ynez Valley and part of the historic 1845 Mexican land grant Rancho la Laguna de San Francisco, the property now known as Sedgwick Reserve has a storied past. Named for its last private owners and residents — artist and rancher Francis “Duke” Sedgwick and family, including his daughter and Andy Warhol “Factory Girl” Edie Sedgwick — its history is nearly as colorful as its landscape.

But it wasn’t the backstory that hooked Linda Duttenhaver on the 6,000-acre expanse now run by UC Santa Barbara. It was her love of old barns that reeled her in. The natural beauty and a desire to preserve it are what keep her coming back.

Duttenhaver, a 1977 graduate of UCSB, fell hard for Sedgwick Reserve the moment she spotted its centenarian barn during her first visit to the site nearly a decade ago. Traveling cross-country to photograph the often-storied old structures was already one of her passions; saving this one, part of her alma mater, made perfect sense. It wasn’t long before she offered to finance its restoration.

The barn project was completed in 2009 and heralded with a barn dance that has since gone annual — the fifth iteration was held this summer. Duttenhaver celebrated anew by making another major gift to the Reserve: $2 million to help renovate the Sedgwick Ranch House, the site’s primary accommodation for visiting researchers. 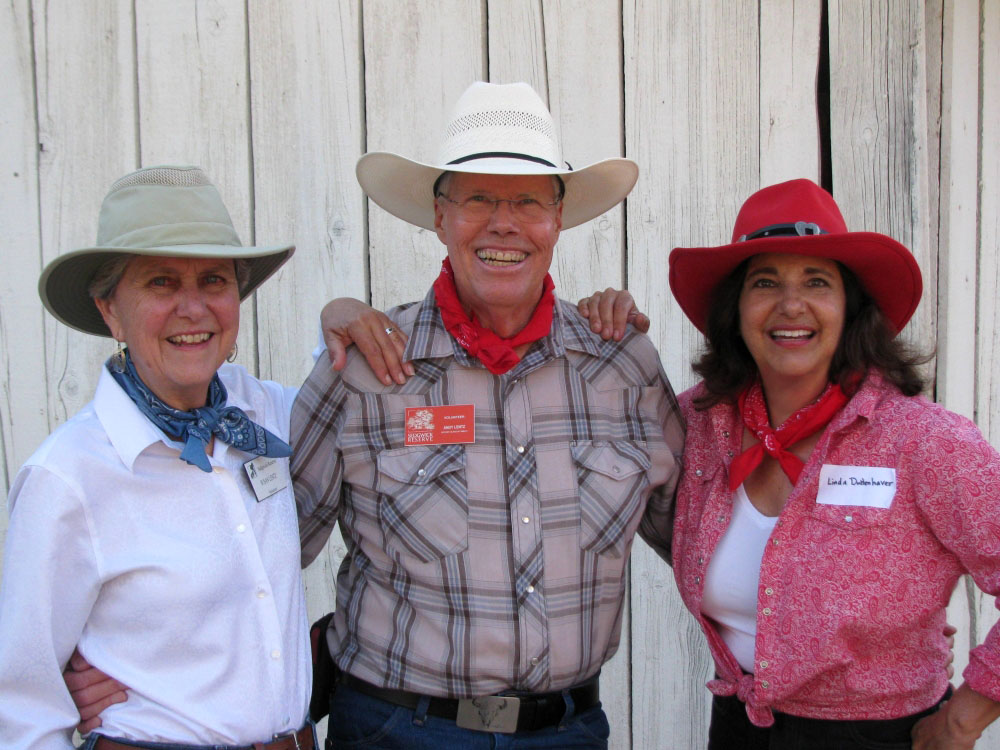 “The more you’re up there, the more you fall in love and the more you see opportunities to make a difference,” said Duttenhaver, a longtime advocate for both conservation and outreach at Sedgwick, one of seven natural reserves administered by UCSB. “The Ranch House was the clear next step. It will be used to support research activities on the Reserve, to inspire creative and productive environmental work, to attract new researchers and to promote collaborations among scientists and scholars. This will really help continue the mission of Sedgwick, and UCSB, in a meaningful way.”

“Our campus is deeply grateful to alumna Linda Duttenhaver for her visionary investment in renovating the historic Ranch House at our Sedgwick Reserve,” Chancellor Yang said. “This truly magnificent contribution will enhance educational and research efforts at the Reserve. Linda’s ongoing partnership with Sedgwick is helping to advance the overall scientific, educational and conservation mission of the entire UCSB Natural Reserve System.”

Sedgwick is one of seven conservation sites administered by UCSB’s Natural Reserve System (NRS) as part of the larger, systemwide UC NRS, which boasts 39 reserves — and more than 756,000 acres — across California.

Located at the foot of Figueroa Mountain, in an area above Santa Barbara known for its ranches, wineries and rich Native American heritage, Sedgwick’s nine square miles include two complete watersheds and habitats for everything from black bears and mountain lions to pallid bats, golden eagles, tarantulas and some 178 species of moths.

And that’s just a small sampling of the wide array of fauna found on the Reserve, where the vegetation features a rare collection of the region’s most prized plant communities, such as coastal sage scrub, native grassland, chaparral, gray pine forest, and coast live and blue oak woodland.

“There’s a real richness to this place and a real value to this kind of landscape — these big, open, oak woodlands,” said Kate McCurdy, Sedgwick’s resident director. “We shouldn’t take for granted that they’ll be here forever. Certainly it’s about preserving the land, but it’s also about the cultural history of the buildings that are here.”

That includes the Ranch House, which McCurdy described as “one of the most unique and special parts of the Reserve.” The four-bedroom residence serves as Sedgwick’s primary housing quarters for scientists, scholars, students and other professionals whose work requires a stay, whether short- or long-term. With rustic charm and sweeping views from every window — it’s a bright and sprawling place — the 1950s-era house is a crucial component of Reserve operations.

All of which underscores the impact of the upcoming renovation to update the building, making it more energy efficient and more functional for visiting researchers.

“Linda Duttenhaver has a keen interest in improving facilities at the field station to better promote research and educational uses of the property,” McCurdy said. “We are hugely indebted to our supporters, like Linda, who get the value of having land set aside for conservation and learning more about the land itself. This is Linda’s most significant gift to date, providing greatly needed improvements, such as plumbing and electrical upgrades, new energy efficient windows and a modernized kitchen.”

Sedgwick’s biodiversity and wild beauty are what already make the Reserve a destination for ecological research, scientific investigation and outdoor education for all ages. It is also the only reserve in the entire UC NRS with a telescope, the Byrne Observatory.

The Duttenhaver-funded makeover and modernization will bolster Sedgwick’s popularity with scientists, said Patricia Holden, director of the UCSB NRS and a professor of environmental microbiology at the Bren School of Environmental Science & Management.

“The UCSB Natural Reserve System is so very fortunate to have as its true friend Linda Duttenhaver, who time and again expresses her deep commitment to Sedgwick Reserve through generously giving to the university on the reserve’s behalf,” Holden said. “Each year, Linda returns to Sedgwick to celebrate her gift of restoring the barn to its original glory. The celebration manifests in a barn dance that draws attendees from throughout the Reserve, the university and across the region. Now, and once again, Linda will give us a great reason to celebrate: Because of her philanthropy, the historic Ranch House will be renovated as a haven and retreat for Reserve scholars. Through all of her gifts to Sedgwick, whether for large capital restorations, programmatically for education, or for Reserve operations, Linda epitomizes the meaning of ‘donor,’ and we are ever grateful for her friendship.”

For Duttenhaver, whose philanthropist father instilled in her a devotion to giving back — and to protecting the environment — she’s simply doing what feels right.

“I just follow my passions,” she said, “which is the advice I always give to other philanthropists. That’s the way you can have the most impact and gain the satisfaction of knowing you are truly making a difference.”